Admiralty or maritime law is that body of law which applies to waterborne commerce and events on the navigable waters, i.e., the high seas, territorial waters, harbors, rivers and inland waterways including the Great Lakes. It is the law which governs vessels, navigation, seamen, the carriage of goods and passengers over water, marine insurance, maritime liens and salvage. Admiralty law is among the oldest known bodies of law.

Admiralty law in America traces its origins to the legal traditions and principles of England where admiralty courts had existed for centuries prior to the American Revolution. Cases involving admiralty law are typically heard in our federal courts pursuant to Article III of the Constitution which gives “all cases of admiralty and maritime jurisdiction” to those courts. Admiralty law has its own unique legal principles, traditions, historical precedents and court procedures. It is an area of the law which encompasses a rich language of its own with such distinctive words and phrases as: maintenance and cure, perils of the sea, salvage, seaworthiness, general average and uberrimae fidei, to name but a few.

Given the distinctive features of proceedings in admiralty, you should carefully consider your choice of legal counsel if you find yourself embroiled in a maritime tort or when negotiating, interpreting or litigating a maritime contract.

What advantage is there to being within the federal court’s admiralty jurisdiction? One of the distinguishing features of a case in admiralty is that it allows an aggrieved party to bring a legal action against a vessel itself; this is referred to as a suit in rem. The vessel in such a case is considered to be a legal entity in its own right, subject to being sued just as a person might be sued. So, for example, a passenger injured aboard a cruise ship or a crewmember injured while serving aboard a vessel can bring an action in federal court against the vessel in rem in addition to naming the vessel’s owner or operators as defendants in the same lawsuit.

The ability to bring an in rem action can be particularly important in instances in which the vessel owners or operators cannot be found in the locale where the plaintiff is located. Consider, for example, a vessel underway on the high seas suffers an engine failure and needs tug assistance to make the nearest port for necessary repairs. Both the tug’s owner and the shipyard performing the repairs can protect their rights to payment by enforcing a maritime lien (see below) against the vessel and, if necessary, bringing an action in rem in the federal district court where the vessel is located. Procedurally, this involves obtaining an arrest warrant from the local federal court which, once obtained, is served upon the vessel by a federal marshal. Once the vessel is served with the legal papers, it is prohibited from leaving the jurisdiction until it posts sufficient security with the court to cover its potential liability.

How we can help you?

Most lawyers, even those who are seasoned litigators, are unfamiliar with admiralty law or it’s court rules and procedures. We have substantial experience in this area of the law and are available to assist clients who require experienced counsel in negotiating a maritime contract or resolving a tort claim in admiralty. Our expertise in this field includes the following:

Personal injuries aboard a vessel

If you are injured aboard a vessel, whether as a crewmember engaged in the service of your vessel or as a passenger injured by the carelessness of a vessel’s operator, you will want the services of an experienced admiralty practitioner who understands the legal process in admiralty court and is well acquainted with the full range of legal remedies available to you.

Whether you are a fisherman working on a boat in the remote waters of Alaska, a deckhand laboring aboard a tug in the Columbia River or a dining room steward employed on a large cruise ship, you are entitled to the same legal remedies in the event you become injured or ill in the service of your vessel. First, you have the right to the historic remedy known as “maintenance and cure”. This consists of (1) medical treatment until you reach a point of maximum recovery from the illness or injury; and, (2) a daily subsistence amount which is intended to provide you with the equivalent of the food and lodging you would have received while employed aboard the vessel. Your right to maintenance and cure is independent of any fault on your part or on the part of the shipowner or employer in causing your injury or illness.

In addition, if your injury was caused by the employer’s negligence, you can bring a legal action against your employer under the federal Jones Act. And, as mentioned above, you may also have a claim in rem against the vessel on which you were injured if the injury was caused by any unseaworthy condition (i.e., a defect in the vessel or its equipment).

The number of passengers taking cruise ship vacations has more than tripled in the past fifteen years. Despite their popularity, such vacations are not without their own risks to passengers including personal injuries occasioned by the vessel’s negligence or sexual assaults by fellow passengers or crew members.

The owner/operator of a cruise vessel owes its passengers “a duty of reasonable care under the circumstances” while they are aboard the vessel. This is a lower standard of care than that owed to crew members, to whom the owner/operator owes a duty to provide a seaworthy vessel. What makes pursuit of a passenger’s personal injury claim against a cruise ship operator even more challenging is the forum selection clauses that cruise ship operators routinely insert in their contracts with passengers. These contract clauses generally require passengers who are injured aboard a cruise vessel to bring suit in a location which is quite distant from the passenger’s hometown.

If you are injured while traveling aboard a cruise vessel or the victim of a crime or assault while aboard the vessel, we can help you go after those responsible for your injuries.

Perhaps you own your own boat. Or maybe you operate a business which relies on vessels to deliver raw materials or goods to your customers. In either case, you may have a need for an experienced admiralty lawyer to assist you in deciphering the terms and conditions of your marine insurance policy. There are different types of marine insurance policies: hull and machinery insurance which cover damage to the vessel itself and its equipment; protection and indemnity insurance which insures the vessel and its owners against a range of liabilities that may arise in the course of the vessel’s operation; and, marine cargo polices which insure shippers and their customers from damages to goods being transported by vessels.  Most of those policies include policy provisions which are unique to marine insurance such as “perils of the sea”, sue and labor, general average, the Inchmaree clause and the held covered clause.

Among the bedrock principles of marine insurance is the concept of uberrimae fidei, i.e., “utmost good faith”. When applying for a policy of marine insurance, the insured is bound to disclose all material facts relating to the risk. If the insured fails to do so, the policy can be voided by the insurer even if the nondisclosure was the result of an honest mistake or ignorance on the part of the insured.

In short, marine risks and the policies which insure those risks are quite different from the usual insurance policies which cover your auto, home or business. We have litigated marine insurance disputes in federal court including the Ninth Circuit Court of Appeals.   If you have an issue related to marine insurance coverage, we can help you work through the policy language and assist you in obtaining the coverage your policy provides.

Maritime liens are quite different from the usual land based liens which arise when a contractor provides labor or materials to a homeowner. Most maritime liens are “secret”, that is, they are not recorded in any public record yet remain enforceable against a vessel even after the vessel has been sold to a new owner who had no knowledge of any preexisting lien. Another contrast to ordinary land based liens: maritime liens generally have priority in the inverse order in which they arose; i.e., the last in time is the first in right. The holder of a maritime lien does not have to have possession of the vessel in order to retain its lien. In effect, the lien travels with the vessel and can be asserted by the lien holder whenever and wherever the vessel is found.

Maritime liens against a vessel can be asserted against the vessel, in rem, in admiralty. Maritime liens arise for what are termed vessel “necessaries” (that is, goods or services which are reasonably needed in the business of the vessel), for breaches of maritime contracts and for certain maritime torts. The liens arise under federal maritime lien statutes as well as under longstanding legal principles applied by courts over the years.

As an ancient proverb puts it, “a collision at sea can ruin your entire day”. It can ruin your day if it happens in a river or on a bay as well. If it does happen, you may find yourself in admiralty court. The Supreme Court has ruled that recreational boating accidents which take place on navigable waters are within the federal court’s admiralty jurisdiction. Boaters can be held liable for violating the Rules of the Road or other regulations implemented by the U.S. Coast Guard.

Other recreational boating misadventures can wind up in admiralty court as well. For example, a fire aboard a yacht moored to a marina has been found to be within admiralty jurisdiction. Another example of a scuba diver who sustained injuries during an excursion in navigable waters was also allowed to bring an action in admiralty.

Thousands of recreational boating accidents take place in the U.S. each year. If you become involved in such an accident, you will want an experienced admiralty lawyer to protect your interests.

To summarize, admiralty law is a subject area which presents fact patterns, legal principles and court procedures which are outside the experience of most legal practitioners. We have the experience and expertise to represent clients in a wide range of issues in this unique and interesting body of law. 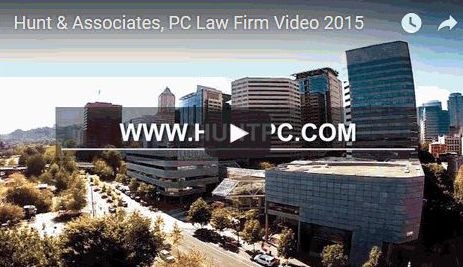